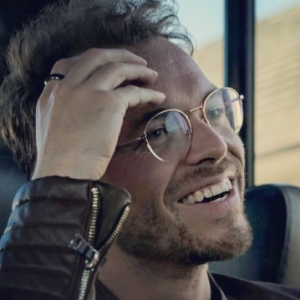 MARIO GARZA is a storyteller who eats a lot of quesadillas. He has several years of experience in the world of advertising as a copywriter and commercial director and his work has been featured in blah, blah, blah, blah, blah. However, Mario felt the need to yadda, yadda, yadda, yadda and began to write and direct longer narrative work. This is how he came to participate in numerous film festivals and was named one of the 20 Directors of tomorrow by the Academy and was recently selected by SHOOT® Magazine, the leading publication for Film, TV & Commercial Production and Post, as one of the directors who made the final cut to be included in the SHOOT 2021 19th Annual New Directors Showcase.

Mario's favorite themes to write about are acceptance and validation in stories that explore controversial worlds inspired by his nomadic adventures. He loves character driven dark comedies and as a collaborator he likes all stories that have a heart behind them. Mario has a feature film in the financing stage with one of Spain’s and Mexico’s top production companies. He also just received a 30,000 grant from Warner Media’s One Fifty program for a proof of concept for another feature film, and is currently writing more films and tv series.

Portfolio as a director: https://mariodoeskoolshiit.com/

Portfolio as a copywriter: www.youneedmariogarza.com