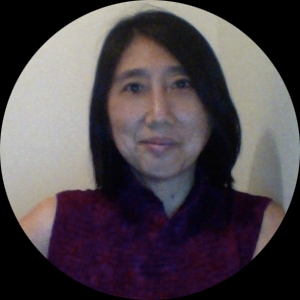 Winner of the 1993 South China Morning Post/Radio Television Hong Kong Short Story Competition and CITA’s Dalan Award for Excellence in Acting (1998), Marie holds a B.S. in Advertising from the University of Illinois at Champaign-Urbana and is a past copywriter of BBDO Hong Kong. Her plays have been published and produced in Chicago and NYC, she co-produced a concert reading of her musical "Roxane of Bergerac" with Theatre Building Chicago plus an earlier draft of "Wingmen" (which she wrote and executive-produced for the Chicago Comedy TV Pilot Competition) screened at the Music Box Theatre in 2007. She is a member of the Dramatists Guild of America.