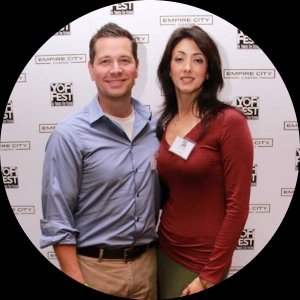 Maria and Kevin are currently in Pre-Production for their award winning screenplay BLUE JACKET, set to shoot Summer of 2022 in the Mid-West.