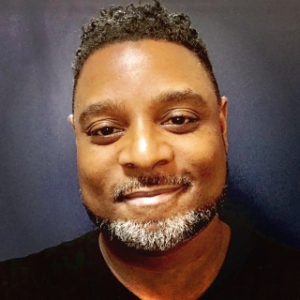 I'm a 20-year San Francisco media professional who's experience includes writing music and film reviews for The Oakland Tribune and the Marina Times. I've hosted and produced multiple radio shows locally and nationally. Appeared on nationally syndicated TV and radio shows, reported live from The Grammys, film premieres, and The Vibe Awards. My columns on love, sex, dating and relationships have appeared on The Huffington Post, Yahoo!Style, GalTime, YourTango, and several CBS Radio websites just to name a few.

Now...for the next chapter of my life, I want to write for TV and film!

A successful, self-absorbed radio host is humiliated when he loses his high profile radio show and is forced to take a menial job as a doorman at a comedy club.