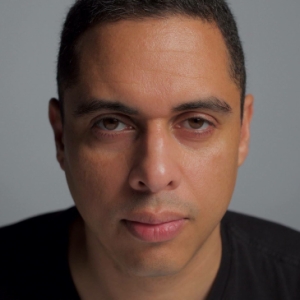 Marcos Soriano was born in Chicago, Illinois, the son of Dominican immigrants who fled political turmoil in the 1960s. He grew up in the Chicago suburbs that John Hughes made famous and discovered a love for movies at a young age, especially the science fiction and fantasy films of Spielberg and Lucas. He went to Los Angeles to study film and was awarded for his work as a writer, receiving best script for the sci-fi film FEEDBACK at the 2002 Slamdunk Film Festival in Park City, Utah. His short films as writer and director, OFFICE CREEPER and SINGULARITY, garnered notice at several film festivals. His screenplay ONLY CHILD was a top ten finalist in the Screencraft Sci-Fi Screenplay contest. THE SECOND LAW was a last round finalist in the 2021 Script2Comic screenplay contest. His screenplay AYÍTI: THE LAST DAYS OF PARADISE is currently a BlackList certified screenplay. DERELICT, his first produced feature length film as writer and director, won Best Indie Feature at the Los Angeles Film Awards. His documentary REGARDLESS: THE FREDDY SOTO STORY won the Audience Award for best documentary at the 2020 Golden State Film Festival. As a writer and director, Marcos wants to make genre films with broad appeal that reflect his personal experiences living as a Latinx man, husband and father in today’s world.

A black superhero turned outlaw is hiding out in a small town when his teenage daughter discovers his secret. She claims his powers and gets in over her head with some local drug dealers, forcing her father back into action.

A sentient, emotional robot fights to keep the last human child in the universe alive on a hostile alien planet.