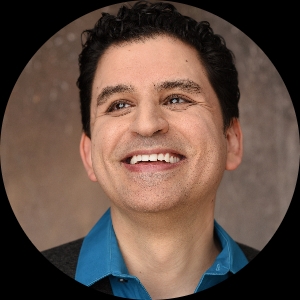 Born and raised in New York with roots from the Dominican Republic. MFA in acting from Meadows School of the Arts and a second MFA in television and screenwriting from Stephens College. His award-winning stage plays, Ashes of Light, Barceló on the Rocks and In the Name of Salomé have been performed all over the world including New York, Argentina and the Dominican Republic. Ashes Of Light and Barceló on the Rocks have been published in Spanish/English editions by NoPassport Press and studied at universities such as Rutgers and the University Of Puerto Rico. Barceló On The Rocks won the national Miranda Family Voces Latinx Playwriting Competition. Marco Antonio has written guest commentary for national publication Latino Leaders Magazine and the Theatre Communications Guild. Recipient of a Banff International Writing Residency in Alberta, Canada and a CUNY Dominican Studies Institute Fellowship. His acclaimed stage adaptation of Junot Díaz' Pulitzer Prize-Winning novel, The Brief Wondrous Life of Oscar Wao, premiered at New York's, Off-Broadway, Spanish Repertory Theatre and is currently enjoying an extended run. Horror full-length screenplay, Suffer the Children, named Finalist-Fresh Voices Screenplay Competition and Creative World Awards . Half-hour comedy pilot, Our Friendly Neighbors, scored a rare "8" on Black List site. Marco is a proud member of the Dramatists Guild, the Read LatinX Writers Initiative and a National Hispanic Media Coalition Series Scriptwriters Program fellow.

A girl with spiritual gifts is imprisoned in the home of a ruthless dictator where she uncovers the unspeakable horrors he is connected to.