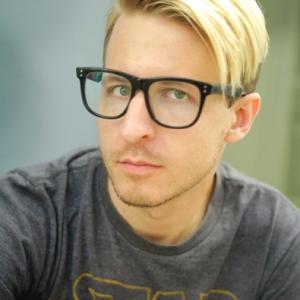 Marc Wilkinson is a film & television creator based out of Chicago, Illinois. He made his feature screenwriting & directing debut with the young-adult YouTuber drama Sunset Rock, out now on Amazon Prime. His second feature, Honeycrisp, won Best Screenplay at the 2018 Illinois International Film Festival. Currently, Marc directs the true-crime series "Case Files Chicago", which airs every Saturday on The CW Chicago & was nominated for a Chicago/Midwest Emmy in 2017. Despite all this, Marc actually spends the vast majority of his time drinking boxed wine and quietly thinking about the cosmic horrors of outer space.

A high school graduate moves in with a gang of aspiring young filmmakers, sharing an eye opening summer in the late 1990s as they fall in love and learn about loss while also struggling to shoot their first movie - an ill-fated science-fiction adventure.

Local documentarians follow the slacker staff of the worst movie theater in the Midwest as they make a desperate bid to save their cinema - and their jobs - when suddenly faced with closure at the opening of summer movie season.