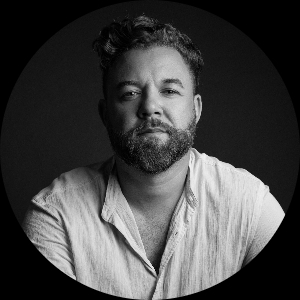 Irish-born Marc Cleary is an award-winning LGBTQ writer and director who has been residing in Los Angeles for the past 14 years. Having grown up as a biracial person in a country as white as Ireland, Marc uses his unique upbringing to bring a fresh and authentic aesthetic to diverse storylines.

Mentored by Hollywood power-house Laurence Mark, Marc has written, produced, and directed numerous tv pilot presentations, short films, features, and music videos over the last 9 years.His first short, a bold and heartwarming film called 'Pepper' had much success on the festival circuit and went on to garner 13 awards worldwide.

In 2015, whilst studying under, and directing a film for James Franco, Marc put his experiences in the dance and choreography world to use and made the switch from film to TV, writing his first pilot script 'From The Top'. After a failed attempt to sell it to MTV, Marc incorporated his skills as a visual artist and immediately made a sale in the room to The CW and Warner Bros. During the 'From The Top' development process, Marc and his writing partner Dan Richter, had already begun developing their next TV series, a supernatural teen drama of biblical proportions called 'The Book of Lucy'. With 'From the Top' still in development, Marc and Dan quickly chalked up their second acquisition, selling 'The Book of Lucy' to Emmy nominated production company, Wise Entertainment.

In 2017, Marc was approached by Irish production company Mist Media to develop a series based on Derek Fee's 12-book-series, 'Wilson,' a gritty crime drama set in the powder keg of Northern Ireland. Marc was soon offered the role of Chief Creative Officer of the company, and within six months he was fast-tracked into a partnership position at the company where he is currently developing feature films and TV shows focused on diverse, high-concept storylines.