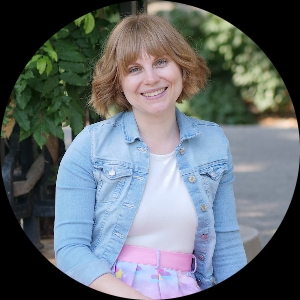 She is currently contracted as a screenwriter for an LGBTQ+ feature, plus writing the short film version funded by the Canada Council for the Arts. She is also the story editor/writing mentor for a dark comedy web series funded by Telefilm/WIDC, a script consultant for YN Films, plus worked as a script analyst for the 2022 Female Eye Film Festival.

Her short mockumentary The Fardy Brothers won Audience Favorite (Group A) and screened at the Best of 48 Hour Short Films. It went on to screen at film festivals all around the world such as the Ontario International Film Festival, the Canadian International Comedy Film Festival, SPLICE Film Fest, FilmJam, and the European Film Festival at which I won Best Director alongside her co-writer/co-director Kevin P. Gabel. While the pandemic put her shorts on hold, she took part in the Stuck At Home 48 Hour Film Project and created her first stop motion film Annie & Pepper that was an official selection at the Stockholm City Film Festival.

Mandi's screenplays have advanced in competitions such as the Austin Film Festival Screenwriting Competition, Final Draft Big Break, ScreenCraft, and the Sundance Development Track. In addition to teaching her screenwriting courses through her writing training platform Script & Story, she also facilitates her one-of-a-kind Writing Through Play intensive, inspired by her training in Pochinko clown and general tendency to make a fool of herself.