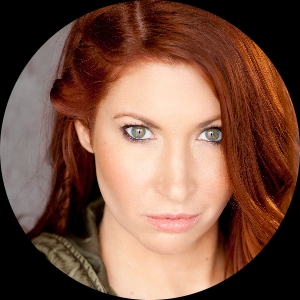 Macee Binns is an award-winning Playwright, Blogger, Author and Journalist with a background of accomplishments in film, television, stage productions and viral content. Originally from Little Rock, Arkansas; she relocated to Los Angeles (in 2010) to pursue a career in the entertainment industry and further her education in the creative arts. While living in L.A., Macee has experienced great success in her writing career and has WON several awards for her plays, screenplays, articles and short stories.

Most notably, her acclaimed female-led romantic dramedy "Hand Twins" recently WON awards for Best Feature Screenplay at the prestigious 2022 California Women’s Film Festival, the 2022 First Women Film Festival and the 2022 Venus Community Awards out of hundreds of entries submitted from around the world. The unproduced feature-length script also placed as a Semi-Finalist at the 2021 Los Angeles International Screenplay Awards, the 2021 Scriptation Showcase Script Competition and the 2022 Filmmatic Drama Screenplay Awards. This award-winning script received Quarter Finalist Titles at the 2022 Richmond International Film Festival and the 2022 Scriptapalooza Screenplay Competition. In August of 2022, the script was named a Preliminary Finalist at the 2022 Creative World Awards and it was one of the select few scripts that was passed on to the Semi-Finals at the 2022 ScreenCraft Film Fund Feature Competition with Mark Duplass. Additionally, "Hand Twins" received Official Selection Nominations for Best Feature Film Script at the 2021 Miami Indie Film Awards, the 2021 Toronto Film and Script Awards in association with Toronto Film Magazine, the 2022 Andromeda Film Festival, the 2022 LA Indies Film Festival and the 2022 Toronto International Women Film Festival. Thanks to all of these accolades, "Hand Twins" is now ranked in the top 4% of all 92,191 screenplays on Coverfly. Requests to read the script can be submitted through TheBlackList, InkTip, FilmFreeway, ISA or on Coverfly.

Macee is a published playwright whose works have been produced at regional and community theaters across the U.S. In 2014, Macee’s short film script "Row 28" was awarded a Finalist Title at the esteemed Hollywood Screenplay Contest. Subsequently, the stage play version of "Row 28" was published by JAC Publishing & Promotions and is currently sold on Amazon and Kindle eBooks. Two original monologues from Macee’s play "Stone Cold Sober" were selected by Smith and Kraus Publishers for print in their annual anthology book series: "The Best Women’s Stage Monologues of 2017." This popular theatrical series can be found at Barnes & Noble, Target and most major book retailers worldwide. In 2018, Heuer Publishing acquired Macee’s play "Candi With An I" and featured the comedic one-act in their renown "Catalog for the Performing Arts." This short stage play can currently be purchased on Amazon and the Heuer Publishing Website. In 2019, Macee’s play “Now Boarding” and her monologues “Static,” “Stuffed Panda'' and “Undressed'' were published by Off The Wall Plays and are all sold digitally through their virtual publishing service.

During her time in Hollywood, Macee has worked as a Content Writer for the popular news media sites TheRichest, Ranker and TopBuzz; where several of her articles went viral and received over 3 million views online. She also has journalist experience working as a Reporter for The Canyon News in Los Angeles. In 2018, Macee accepted a job at Dancing Iguana Productions as a Segment Writer, Producer and occasional Co-host of the popular comedic podcast, Left Unsupervised; available on iTunes, Stitcher, Google Play, TuneIn and Spotify.

For more information on Macee Binns check out her Professional Writing Portfolio (maceebinns.journoportfolio.com), her IMDB Profile (www.imdb.me/maceebinns), her Amazon Authors Page (www.amazon.com/author/maceebinns) or visit her Website (maceebinns.com). To view some of her most popular entertainment news articles check out her author’s profile at TheRichest.com: https://www.therichest.com/author/m_binns/

"Candi With An I"