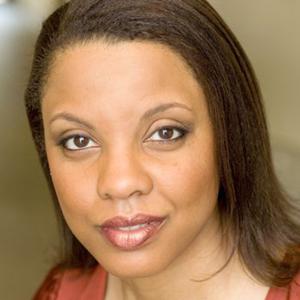 Disappointed and crushed as a child once her parents informed her that neither the Death Star nor the Starship Enterprise were real things, Lynelle White eventually left her hometown on Long Island to pursue a career in the U.S. Air Force – the closest match in present day to the technologically advanced worlds of Star Trek and Star Wars that she was so deeply obsessed with. Lynelle earned a B.S. in Engineering Science from the U.S. Air Force Academy and then followed with a challenging career as an Air Force pilot, flying combat missions in support of operations Iraqi Freedom and Enduring Freedom. Itching to pursue the types of creative endeavors that beckoned her while daydreaming out of her pilot’s window during long flights over the Atlantic Ocean, Lynelle began writing and directing short films after transitioning from active duty. These films were awful but her passion was unlocked. While attending UCLA, Lynelle was awarded the NAACP/NBC Universal Television Fellowship and the Women in Film (WIF) Eleanor Perry Writing Award. She graduated from UCLA’s MFA in Screenwriting program in June 2017 and was shortly thereafter named a fellow in Film Independent’s Episodic Television Lab. Lynelle’s television writing credits include ARMY WIVES, Z NATION, and the CW series, BLACK LIGHTNING.