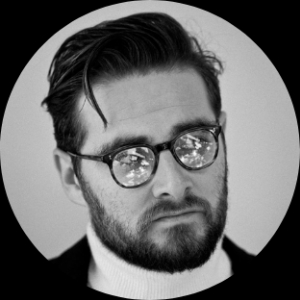 a graduate of NYU’s Tisch School of the Arts and an alumni of the Raindance directors program.

Raised in the bleak North Norfolk wilds he’s been contributing to the creation of image on a professional level since he was 14. His first passion was the medium of documentary and attributes of this combined with the harsh environment in which he grew up are reflected in his screenplays and visual aesthetic.

His focus on powerful storytelling has won him I.T.V’s ‘New Voices’ first time director’s initiative, A $45,000 Bravo FACT filmmakers grant and had his work shortlisted for the Sundance Writer’s Lab.

As a creative director he’s shot editorials and covers all over the world, from Iceland to Ianapa, and has led photographic expeditions from The Amazon Jungle and to the Swiss Alps winning him awards from AdWeek, Creative Review and D&AD, to name but a few.

In the past Luke spent time in Peru working with The Chandler Sky foundation to visually document, a chronicle of human stories from the more poverty stricken parts of the country and has since worked with New Brunswick wellness to create a series of award winning films highlighting local obesity rates.

His commercial work has generated millions of views online, and won him awards around the world and his first music video was voted ‘Video of the week’ on Pitchfork.

Luke was Fashion Director of his first magazine at 20, had his first documentary commissioned for network television at 25 and had won is first dramatic film grant by 28. He is developing several projects with major studios, is an active member of BAFTA and is slated to shoot his feature film debut in 2020.

The only thing he loves more than story telling and aesthetics are his beautiful wife and daughter with who he lives with in Los Angeles.