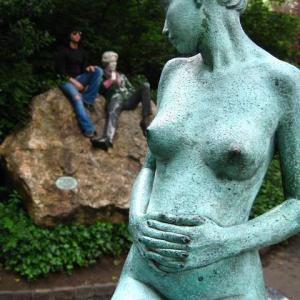 Originally from Downey, California — home to Weird Al Yankovic, Taco Bell, and the Power Ranger who murdered his roommate with a medieval sword — Louis Mendiola is a Basque/Colombian father who now lives in New Zealand with his beautiful wife and two kids. When he’s not writing or hanging out with his family, he’s brewing beer.

In 2019 he won "Best Script: Comedy" at the New Zealand TV Awards. His mom refers to the award as "The New Zealand Emmy" and that's how he's gonna roll with that.

THE STRANGE CASE OF OSCAR WILDE

Still obsessed with his first love, bisexual writer Oscar Wilde is determined to win back Florence Balcombe’s heart from his rival: Bram Stoker. Wilde’s revived pursuit, however, occurs just as the theatrical run of Strange Case of Dr. Jekyll and Mr. Hyde and the Jack the Ripper murders begin.