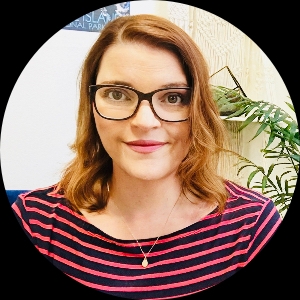 Liz Beall is a writer, essayist, and recovering academic. Following graduate work at University of Oxford, Liz spent over a decade as a founder and Executive Director of environmental nonprofits in the San Francisco Bay Area.

Liz began her screenwriting journey at the tender age of 40. She graduated from UCLA’s Professional Program in writing for television, then completed the Women in Film + The Black List episodic lab. Liz currently has two projects in development. Her hour-long crime drama, THE TROUBLES, is with Matt Jackson Pictures, and has director Anton Corbijn attached. Her first feature, THE LAST WITNESS, a true story about a long-buried World War II war crime, is also being developed with Matt Jackson Pictures.

A former IRA terrorist, now a dedicated wife and mother, becomes reactivated when an old lover crashes her quiet suburban life and pits her against her all-American police detective husband.

In the pressure-cooker Palo Alto school system, a talented adolescent therapist is confronted with her own dark past when the man who interrupted her attempted suicide twenty years ago shows up in town -- as her new boss.