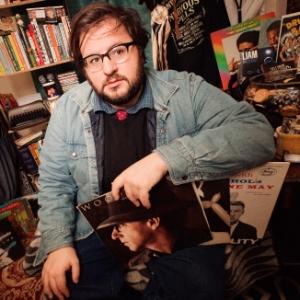 Liam McEneaney is a 2019 Academy Nicholl quarterfinalist. Two of his screenplays placed in the 2020 Final Draft Big Break Contest, and are both semifinalists in the 2021 Atlanta Film Festival.

Most recently, he was a contributing writer for GARY BUSEY: PET JUDGE.

Touted as one of the "100 Best Comedians of All Time" by GQ Spain, his concert film, 'Tell Your Friends!', had its world premiere at the 2011 SXSW Film Festival.

Liam has made many TV appearances, including on Showtime, Comedy Central, Vh1, and IFC, as well as on podcasts like WTF with Marc Maron and radio shows like The Howard Stern Wrap Up Show.

His writing credits include shows on Comedy Central, and contributing to Weekend Update and Hannibal Buress' set on The Comedy Central Roast of Justin Bieber. His byline has appeared in Maxim, and many obscure magazines.

He is trained at Upright Citizens Brigade in LA for sketch writing and improv.

In 1875 Wyoming, a ten year-old black girl is the only living witness to a crime committed by a bloodthirsty bandit gang. An aging bounty hunter must escort her safely to the state capitol to testify, while riding headlong into ghosts from his past.A quarterfinalist for the Final Draft Big Bang, Atlanta Film Festival, and Launch Pad Feature Competition.

In 1993, four unemployable young losers owe a drug lord money, setting off a chain of events that involves them with man-eating tigers, a bank robbery, the Russian mob, and worst of all, adulthood.A quarterfinalist for the Final Draft Big Bang and Atlanta Film Festival.

When a shadowy organization brings the Sun God Ra back to Earth as part of an elaborate revenge plot, only one man can stop them: the Prophet Moses, Heaven's top prophet and the NYPD's best detective.