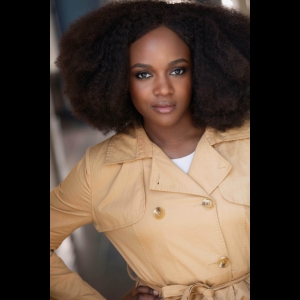 Lolia Etomi is a 2-time joint Emmy Award- winning, Nigerian, American, British actor, writer, director & producer based in Los Angeles. She is dedicated to entertaining, meaningful & impactful story-telling that is truly representative of people from all walks of life, especially marginalised groups. She is a juror and executive producer for the Five-For-Five female filmmakers fund, which finds the best female filmmakers in Uganda and provides them with the resources to create short films that reach a global audience & compete at a global level. She is the creative director of the M&G Etomi Foundation, working to break the cycle of poverty in the Niger-Delta region of Nigeria, through arts, sports and careers mentorship. She also co-created LEAF Creatives, a creative collective for micro-budget productions. Her scripts for her short film ‘The Grand Finale’ received an Honourable Mention in the NYC Midnight Screenplay Competition, and her original TV pilot ‘On The Rocks’, is currently a quarterfinalist in the 2020 The Script Lab Screenplay Competition & We Screenplay TV Writing Competition and received a 9/10 score on The Blacklist. She received a Best Actor nomination in the 2021 Collaboration Filmmakers Challenge festival in Los Angeles.

Lolia has Bachelor’s & Master’s Degrees in Theology & Religious Studies from Cambridge University and is a Lawyer in both England & Nigeria. She also has a Masters in Acting and trained in England at the Guildford School of Acting (GSA) and the London Academy of Music & Dramatic Arts (LAMDA). She was scouted to perform professionally in London after performing in For Colored Girls: the first all-black, all-female play in Cambridge’s over 800- year history. She also produced the university’s most successful, highest-earning dance show, Enigma. Lolia has worked in Film & TV Development for Will Smith’s Westbrook Entertainment & wrote articles published for Jada Pinkett-Smith’s Red Table Talk website.