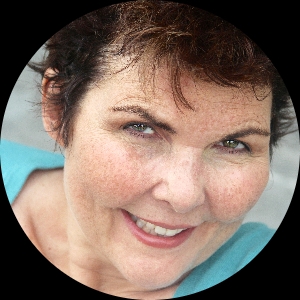 In 2021, I won the $20,000 Black List Google Assistant Storytelling Fellowship to develop my feature screenplay, KICKS, about a middle-aged woman battling breast cancer who enters a kickboxing tournament because it feels like a fight she can win. I was a 2020 Athena TV Writers Lab Fellow with CRUMB BUMS, a one-hour drama pilot about sports, journalism, and civil rights in the 1960s. Also in 2020, my courtroom drama feature, MONSTERS OF KATRINA, received a generous development grant from Stowe Story Labs. SALT OF THE EARTH, my feature screenplay about unions, racism, and independent filmmaking in the 1950s, has been a finalist for the CANNESFILM UNLIMITED Black List Writers Residency, the Cassian Elwes Independent Screenwriting Fellowship, the Black List Feature Lab (2x), and the Black List + Women in Film Writers Residency (3x).

In my co-career as an actor, I created a solo play, GUARDING ERICA, the inside story of a soap opera prison guard, published by Vintage Books.

A dramedy about middle-aged woman with breast cancer who enters a muay thai kickboxing competition because she needs to fight a fight she can win.