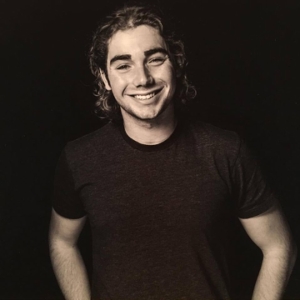 Leland Frankel is an award-winning playwright and immersive artist based in Los Angeles, CA. His stage pieces have been produced around the world, from New York to London to Rome, while his short films have been featured at festivals across the country. Other recent projects of his include a virtual reality experience that premiered at SXSW 2019, a VR/immersive theater hybrid, and critically-acclaimed scripted comedy podcast "Masala Jones," co-created with Venk Potula. His Spanish-language thriller script "Frontera" was the recipient of $50,000 from the Richard Vague Production Fund. When he isn't writing, producing, or directing, Leland is a swimmer and podcast addict.