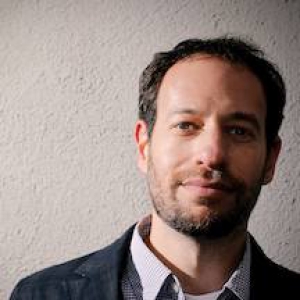 Lee Matthew Goldberg is the author of six novels including THE ANCESTOR, THE MENTOR, THE DESIRE CARD and SLOW DOWN. He has been published in multiple languages and nominated for the Prix du Polar. His first YA series RUNAWAY TRAIN is forthcoming in 2021 along with a sci-fi novel ORANGE CITY. After graduating with an MFA from the New School, his writing has also appeared in The Millions, Vol. 1 Brooklyn, LitReactor, Monkeybicycle, Fiction Writers Review, Cagibi, Necessary Fiction, the anthology Dirty Boulevard, The Montreal Review, The Adirondack Review, The New Plains Review, Underwood Press and others. He is the editor-in-chief and co-founder of Fringe, dedicated to publishing fiction that’s outside-of-the-box. His pilots and screenplays have been finalists in Script Pipeline, Book Pipeline, Stage 32, We Screenplay, the New York Screenplay, Screencraft, and the Hollywood Screenplay contests. He is the co-curator of The Guerrilla Lit Reading Series and lives in New York City. Follow him at LeeMatthewGoldberg.com

When former police informant Sean attempts to rescue his ex-girlfriend Eva from a cult in the Ozarks, he’s unexpectedly drawn to the wild beliefs and sinister plans of Moon, its seductive leader who may harness supernatural abilities.

In the future, when Lexa and a team of trained assassins are sent to defeat an Alien on a sub-planet, they fall prey to its control and question the government’s involvement and why they were chosen.

An ex soldier is recruited to a secret organization of mercenaries whose job is to satisfy wealthy clients dark desires while hiding their identities with real-life old Hollywood masks. When he decides to leave, the hunted must become the hunter if he has any hopes of surviving.

When a man with amnesia encounters his lookalike in the Alaskan wilderness, he becomes convinced they are ancestors and remembers being Wyatt Barlow, a 19th century gold prospector frozen in time, fully thawed now and desperate to get back to his family by getting dangerously close to his descendant, who has the life and the love he left behind.