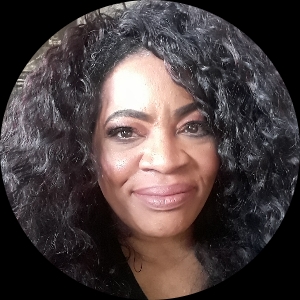 LA’CHRIS ROBINSON JORDAN is a Los Angeles-based author, playwright, actor, and writer/director who creates gritty dramas and historicals about beautifully flawed women striving to make the world a better place. Prior to her TV, film and theatre career, La’Chris was a journalist who wrote feature articles about Emirati culture and the expat community for The Gulf News in Dubai, United Arab Emirates.

An alum of the 2021 BIPOC Writers Fellowship and the Stowe Story Labs, La’Chris is currently developing Harper Jameson’s novel I WASN’T REALLY NAKED (Level 4 Films), a spy thriller about singer/dancer Josephine Baker and her secret war against the Nazis. As a playwright, La’Chris was named one of the “50 Playwrights to Watch” by the Dramatists Guild and a semifinalist for the Lila Acheson Wallace American Playwrights Program at Juilliard. Her work has been recognized by the Academy Nicholl Fellowships for Screenwriting, Sundance Episodic Lab, The Writers Lab NYC, and the Austin Film Festival.

La'Chris also wrote, directed and produced her debut short, JANUARY 14th, which was the Official Selection of 75 film festivals and recipient of over 50 award wins and honors worldwide, including a nomination for Best Diaspora Short Film by the Africa Movie Academy Awards. La’Chris was recently selected to participate in Creative Corridor, the U.K.'s Independent Film Trust (IFT) and U.S.-based Roadmap Writers co-production initiative supported by Sony Pictures Television for diverse writers to create, co-produce, network and develop commercial projects.

Inspired by real events of the Southern Tenant Farmers Union, PINEY RIDGE is an hour-long dramatic series about a Black female sharecropper in 1930s Virginia who joins forces with local farm workers in an attempt to resist Big Money, Big Government and the special interests of the town’s ruling elite during the Great Depression.

ROSES IN THE WATER

A young woman in New Orleans decides to enlist in the U.S. military to improve her life and get out of poverty, but an unexpected pregnancy disrupts her plans. Inspired by true events.