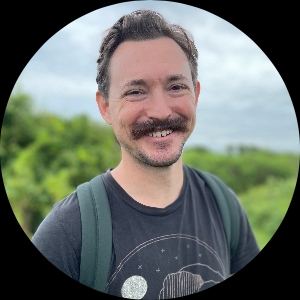 Raised in a typically large and exceptionally hilarious New England Irish family, Kyle honed his sense of humor battling for laughs at crowded family gatherings in and around Rhode Island. After studying filmmaking at Temple University in Philadelphia, Kyle headed to Los Angeles, where he now uses those skills to write comedy-infused, irreverent genre fare that always seeks to entertain, even in the darkest of circumstances. Comedy, horror, thriller, mystery, action- Kyle believes the throughline remains constant: make it fun, goddamnit! This ethos has earned him the Grand Prize of the Emerging Screenwriters Horror/Thriller Genre-Bending Competition, Finalist at Screencraft Comedy, AFF Semi-finalist (2x), Script Pipeline TV and Slamdance Quarterfinalist, and hopefully, your interest.

1846, The American West. A ruthless gang of outlaws are forced to flee into uncharted forest, where they encounter sinister forces beyond their understanding. With a pair of nontraditional bounty hunters on their tail (one a woman, one black), it becomes a question of who will kill them first- their pursuers, nature, each other... or something not of this world.

Saigon. Present day. An American private eye is hired by a young Vietnamese woman to find her missing sisters. Problem is, he's a washed up drunk, she insists on tagging along, and both of them are lying through their teeth... Screencraft and Emerging Screenwriters Finalist, Austin Film Festival Semi-finalist. A modern gumshoe noir set in the seedy neon underbelly of Saigon. If Raymond Chandler put too many chilies in his pho, gave the femme fatale her own voiceover, and decided to become fucking hilarious, this is the shit he would write.

When two slacker best friends are kicked off the high school football team, they seek revenge on their sadistic coach in the most difficult and potentially humiliating way possible: by coaching against him in the annual Girls' Powderpuff Football game.

When a mysterious strain of weed begins turning the smokers of a small town into flesh-eating zombies, two rival pot dealers must team up, kick some ass, and nip the zombie apocalypse in the bud!