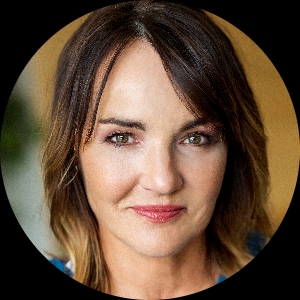 Kristen has been a storyteller her entire life. After raising three children, two of whom are actors, she realized her passion could evolve into so much more. She had read so many scripts for her kids before their auditions that it ignited a passion to write herself.

I grew up in Ohio, as “Little Fish,” along with my four other siblings. My father was “Big Fish,” and he was a college baseball coach & athletic director, known and loved by everyone in central Ohio. So when he passed suddenly at the age of 66, writing was all I could do to ward off the emptiness we felt. I started writing to bring him back to us. It helped and still does to this day.

I realized writing was something I needed to do so I jumped in headfirst and bought Final Draft. I love analyzing human nature in various situations, so screenwriting became the perfect outlet for me to delve into that further. Not to mention, a daughter’s love for her father extends throughout all time, and this is that story. This is my passion project of love, inspired by my father’s life in baseball, which I hope many will relate to. ON THE BLACK has garnered 3 semi-finalist and 2 quarter-finalist awards in 2019 and 2020.

My early years were inspired by listening to my grandfather, Wayne Mack, “The Voice of Cleveland,” on the radio and at home, weaving beautiful stories for so many listeners during WWII and on until his death in 2000.

I am currently working on a dark comedy along the lines of a female driven Beetlejuice, a 1920's film in the vein of THELMA & LOUISE, and a historical Civil War feature.

In 1950's Ohio, a dedicated baseball player with a transformative disability meets a talented black female athlete, and their dreams strikingly align. They form an unexpected bond which gives them courage to overcome adversity and to change history.