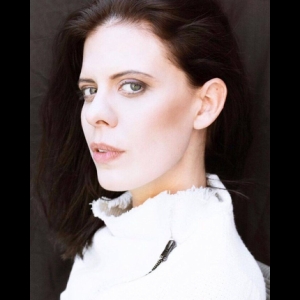 Kira Borrowdale is an award-winning screenwriter creating high concept, female-driven, sustainable scripts typically within the elevated horror and thriller genres. She was called to storytelling after seeing the prized film, “Girl, Interrupted,” which has since deeply impacted her need to tell stories driven by mental illness, unusual women, and their demons. To support female writers in New York City, she co-founded a writers group called Women of the Word where female-identifying writers can find creative shelter and transform pain into art. She has taken a different approach in writing only what she is afraid of, which lends to her preferred genres, but more so to subject matter that stunts the emotional evolution of humanity.

Most recently, Kira placed as a finalist in the 2020 Inroads Screenwriting Fellowship for her horror pilot, ROXANNE. She also has a supernatural short film she co-wrote in post-production, “The Audience,” produced by The Soho House. Kira currently studies under Emmy Award-winning screenwriter, Jacob Krueger at Jacob Krueger Studios’ lab for personally selected writers and is mentored by Steven Bagatourian.