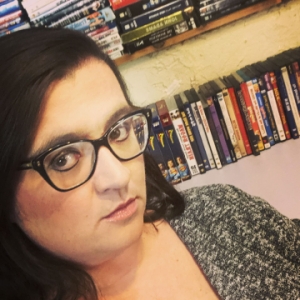 Kimberly is a Denver based screenwriter and content creator. After graduating with a MA in film history from the University of Colorado, she soon discovered her passion for screenwriting. Her debut writing effort, DROWNING IN THE EAST RIVER, was awarded Best Unproduced Screenplay Special Commendation at the British Independent Film Festival. It also was named a semi-finalist at WilliFest. It was named a selection at a number of other festivals, including the Stockholm and Auckland Film Festivals.

Still Denver based, Kimberly is heavily involved in the area’s active and always growing film scene as a critic and freelance writer. Screenwriting continues to be her passion as she explores her specialty in character based, historical dramas. However, her recent efforts see her stepping into half hour comedies with TIPSY IN THE BOMBSHELTER.

The night before Christmas, a man who has neglected his family in the pursuit of his business wakes up to find himself in a strange, hellish world he doesn't recognize.