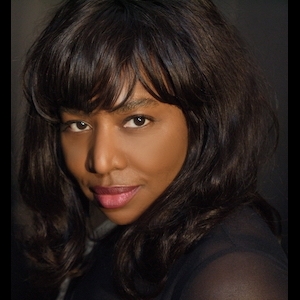 Kimba Henderson was born in Detroit into a Navy family and raised in San Diego. She was fascinated by crime at a young age, constantly overhearing her court reporter mom dictating cases in the home. Regaled by these tales of The Young & The About To Be Incarcerated, Kimba’s love of storytelling was born. After receiving a degree in History and graduating from New York University’s Tisch School of the Arts Dramatic Writing Department, Kimba moved to Los Angeles where she began writing docuseries and true crime shows: IT TAKES A KILLER on OXYGEN, as well as ORIGINS and CORRUPT CRIMES, which streamed on NETFLIX. In 2018, she ventured into the world of audio narratives penning all four seasons of the award-winning, action-adventure program, THE ADVENTUM. Kimba is also a playwright, and her works: THE RECKONING and WOMEN ON THE VERGE have won several theater awards. Most recently, she was hired to write the independent feature, FLACCID, her international crime thriller, ANOTHER RIVER, was optioned, and she was a finalist for the 2021 Walt Disney TV Writing Program.

Origins, It Takes A Killer, The Reckoning, Women on the Verge
Staff Writer
« »

When American executive, Lauren Wood, travels to Cambodia to negotiate a contentious labor dispute and her adopted Chinese daughter falls into the hands of traffickers, she must join forces with Kith, a rogue local cop haunted by corruption and ties to the brutal Khmer Rogue Regime.

A chance meeting with a traveling Jazz musician, leads Adam, a Jewish, classically trained pianist to Haight-Ashbury in 1968 to learn Bebop, the forbidden music that’s inspired him since youth. It soon becomes an all-consuming passion and threatens the safe life he has settled on back in Alabama.