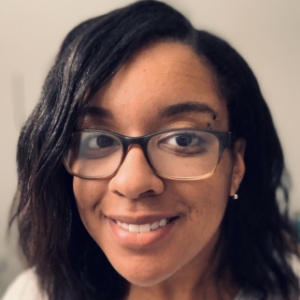 Being a bisexual woman of color who struggled to find her identity whilst battling anxiety and depression, Khadijah Iman writes genre scripts that explore themes of identity, bravery, and mental health through a diverse and inclusive lens. She's from Boston, Massachusetts, and has an insanely huge family full of all sorts of interesting folks, which often informs her gritty world and character building.

When she’s not writing, listening to music, or watching horror movies, Khadijah hosts a podcast called “Let’s Talk About It! w/ Khadijah Iman'' where she interviews entertainment professionals about how they handle mental health, racism, sexism, or ageism in the workplace.

ONE OF THE FALLEN

A Boston police detective traces the origin of a lethal drug to the heart of a war between Heaven and Hell while struggling to piece together her clouded past and connection to this age-old fight.

Set in the fictional small town of Blue Orchid Falls, Florida, the star quarterback comes out as transgender and fights to start her conservative school's first LGBTQIA+ club while also experiencing growing pains and the importance of sisterhood with her two best girlfriends.