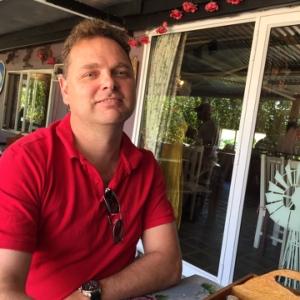 I am an undiscovered Screenwriter. A zealous experienced ghostwriter, reviewer, and editor with a background that encompasses many styles and genres of writing.

LOGLINE: James Armstrong, an underdog, and an exempted Navy Seal transports illegal gold bars in a military dragon wagon (armored heavy tank transporter/tank recovery tractor/trailer). A hole is seen in one of the stackable pallet crates carrying gold bars in Iraq, for a United States Military contractor. James informs the United States authorities and is reinstated by the U.S.A. Navy to assassinate the masterminds behind the high-profile political underworld. He later finds adventure, love and wealth in an unexpected twist of events. PITCH: The perceived underdog Navy Seal; evolves into an affluent, influential individual. SYNOPSIS: James Armstrong (18) is an underdog. He seeks affirmation from his father Captain Neil Armstrong (43) of the USS Michigan (SSGN-727) nuclear-powered ballistic missile submarine. James decides to enroll at the Navy to become a Navy Seal. He is met with great adversity by his father. James undergoes training; where he soon faces being exempted due to his inability to cope physically and learn the skills promptly. He, however, manages to overcome this obstacle and become one of the most highly skilled Navy Seals’, due to his tenacity. A year later James is discharged from the Navy after been found guilty of being aware of his Commander’s criminal activities and not having reported the matter. Will he be able to redeem himself? Years later James is headhunted, by a private military contractor in Iraq. His first task is to drive a military Dragon Wagon with protection detail of two military specialists Dan Reeves and Samantha Tillman. Their instructions are to collect merchandise and return to base. While the cargo gets loaded onto the Dragon Wagon (armored heavy tank transporter/tank recovery tractor/trailer), it is assumed that the forklift driver accidentally made a hole in one of the stackable pallet crates. James’s colleague Dan sees that the merchandise is gold bars. It is then when they come under fire. Two Apache Helicopters are in pursuit of the Dragon Wagon. James manages to power slide and aligns the Dragon Wagon with the stern of a U.S.A. Navy vessel which is about to depart from the dockside. The Dragon Wagon drives off the dockside and lands onto the wet deck of the ship. James informs the Captain of their dilemma and the Captain calls for immediate reinforcements. Three MD-900 Explorer Helicopters thunder above the Persian Gulf and approach the vessel. They provide overwatch and coordination for the arrest and seizure of the ship. Then two Iraqi Air Force F-16 Fighters launch advanced air-to-air missiles at the helicopters and destroy them and their intercepting boats. There is gunfire and Aikido tactical hand-to-hand combat on board the vessel until James and the crew manage to overpower the villains. They are taken into custody with James and his colleagues for questioning. After a series of investigations, James and his colleagues are released. James is then reinstated with the U.S.A. Navy, to assassinate his former Navy Commander and his associates; within the criminal underworld who were responsible for the illegal trade of gold bars. He later reunites with Samantha, and they decide to go to Key West on vacation with her kids. They fall in love and become victims of salvaging and auctioning underwater cultural heritage. Do they get away with it?