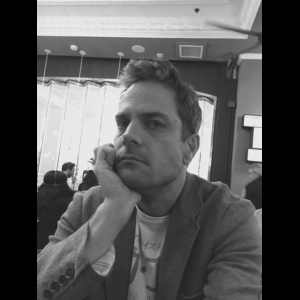 I started writing with crayons on construction paper when I was a kid. Learning cursive in 3rd grade helped me grow as a writer. Now I write screenplays. Here are some screenplay competitions I've placed in and accolades I've received.

THE RULES OF JOHN HUGHES

On its own merits, "The Rules of John Hughes" is funny and sweet, with a lead who could charm an audience even if they're not familiar with his cinematic influences. The presence of John Hughes himself is a huge hook, especially as he's a fully realized character and a good friend to the protagonist. Overall, it's a unique script with a great high concept and an engaging story.

JESSICA IN A RED DRESS

“Jessica in a Red Dress” is a thoughtful and mature coming-of-age romantic dramedy with a strong, sympathetic lead. The script tactfully addresses the complex issues of adolescence, love, and friendship in a high school setting with a well-rounded cast of characters. It’s refreshing that the ensemble is filled with real people, rather than the typical teenage stereotypes. The story paces well, with many instances of dramatic tension intertwined with heart-warming sentiment and humor.

"Easy Street" contains a fun concept with characters that are ripe for comedic situations. The tone and voice of this world the script creates is consistent throughout, and there are many funny jokes. The story beats are well-paced and the script's structure is strong. Bucky's B-story is a hilarious deviation from the pilot's A-story of Floyd trying to make the Dead Night Saloon stand down from its rowdy nights. This pilot does an excellent job at setting up the world while also showing a bit of the story engine that might be used by subsequent episodes and how future episodes might play out.

From the very first page to the very last page the writer of "Momentary Madness" has an incredible way of seriously tugging at heart strings. "Momentary Madness" is such a moving piece of writing that any name actor would surely grasp at the chance to play either of its protagonists. The script itself is captivating, the personalities presented dynamic, and the questions it asks of its audience in regards to mental health important. Overall, this dramatic narrative is as gripping as it is moving and it feels obvious to say that there should be a clear path to the silver screen.

First and foremost, any breakdown of "Swish" must praise its unique series concept. For it should not be understated here in any capacity - there is a great dramatic potential in this college basketball-centered show. In terms of a backdrop for primetime television, college sports becomes an intriguing and high-stakes setting for character drama, especially with so much controversy simmering beneath the surface. This pilot, however, takes it one step further - setting this controversy within a family deeply tied to the sport - a coach and his two distant sons. This becomes the emotional beating heart for the television series ahead and it is a worthy one. On a more character level, it is worth highlighting Nolan’s redemption story in these pages. Considering how low a point he begins his journey in this pilot, the audience wants to see him rise from the ashes of his dreams, something that tees off the worthy season of television ahead.

A filmmaker returns to his hometown after making a disastrous first movie in Hollywood. As he tries to rebound, he gets a job at one of the only video rental stores still open, joining an eclectic group of co-workers.

Floyd Fitzgerald, the on-site manager of the apartment complex his mom owns, is forced to deal with the problems of its colorful tenants as he pursues his ever-changing dreams.

JESSICA IN A RED DRESS

A painfully self-aware high school girl starts secretly dating the best friend of her much more popular older brother, but winds up frustrated by certain "rules" in her ensuing romance.