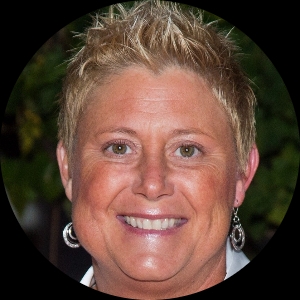 A New York Script Award winner for Best TV Pilot and Austin Film Festival Second Rounder for "Club Drama," Kelly is a graduate of Emerson College's MFA in Writing for Film and Television and an Associate Professor of English and Screenwriting at Northern Virginia Community College.

As a lesbian, coming of age in the 80s and 90s, she was always been part of the “other.” Once she realized that her life experiences and opinions mattered, she gained a voice. A voice once silenced by ideology, discrimination, and hate has become a weapon against a lifetime of inequality. Her stories, both lived and imagined, are the narratives that no other can fully capture or duplicate.

Film exposes the plight of desperate lives, astounding victories, and heroic journeys, which creates the foundation for the untold narratives. A narrative should not be held hostage by the mere cover of a book. It should leap from the screen (both big and small) and should teach the audience about the human experience. Through embracing her role as writer, she gives birth to the realm of possibilities for creating compelling narratives missing in Hollywood.