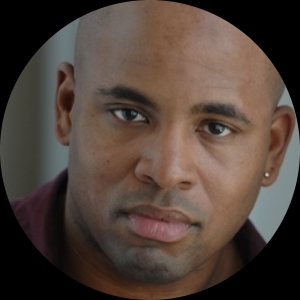 Originally from Davenport, Iowa--yes Iowa! Keith has, throughout the years, pursued many projects within the artistic realm ranging from self-publishing, local magazine writing to commercial work. He's self-published two literary works, "Sugahtown" (1995) and "Monologue Madness" (2010), as well as writing and directing the satirical play "Fairy Tale Confidential", which had a successful run in the summer of 2010 at the infamous Duplex Cabaret Theatre in the heart of the West Village. His theatrical piece, "Dead Eyes" was one of the recipients of the NYWINTERFEST 2016, and his most recent book, "UGLY" (2017) is featured on Amazon website. He, currently, resides on the East Coast and hosts the weekly podcast, TERROR RADIO which features old time radio programs within the horror and suspense genre as well as original narrations.