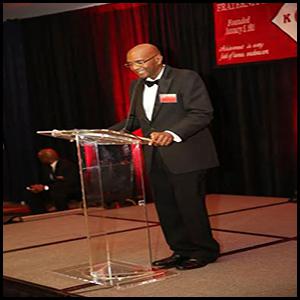 Kenneth Bossard is a freelance writer with twenty years experience in mortgage finance.

Ken's first novel, "Cheryl’s Song," is a coming-of-age, young adult romance set in the late 1970's on a predominantly White, urban campus. Ken pledged a Black Greek Letter Organization as an undergraduate at The University of Maryland, College Park and pledged eight more "Lines" of pledges in the following decade.

Senior Cheryl Fields, a devoted sorority girl has her belief in passionate romance, the entrenched African-American hazing tradition and her closest friendships turned inside out when she is befriended by a Christian pledging her boyfriend's fraternity. Cheryl’s "born again" experience brings questions, conflicts and a desperate quest to save her new found love from the brutal hazing of Mike’s fraternity.

Kenneth has blogged over 400 inspirational poems on GodManWoman.com and is a celebrated actor, appearing in D.C. area plays and videos and most recently in the Netflix series "House of Cards" and "VEEP."

Ken received an M.B.A. and an M.A. in Journalism. He resides in Washington, D.C.