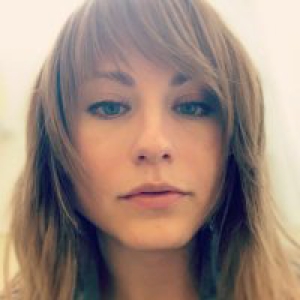 Kayla grew up with liberal activist parents in the most conservative county in California, which was a little confusing for a kid - in that environment, you never get a sense of stability or who you should be. Add to that a pinch of family dysfunction, a healthy dose of mental illness, a secret bisexual orientation, and a general anger at the world, and you’ve got a recipe for either total disaster, or an opportunity to thrive despite the chaos. Surviving those angry teenage years turned out to be the perfect training ground for Hollywood, and that voice in her head driving her to extreme highs and depressing lows drowned out the endless stream of naysayers. It doesn’t matter if Hollywood doesn’t hire queer, angry, chaotic women with loud voices; if you can escape a childhood meant to destroy you, you can do anything. Having developed several pilots about flawed women, sold a pitch based on her teenage years to ABCD, produced a short film on women in love, and shortlisted for the feminist Half The World award, she’s ready for a new goal: facing her past. She’s ready to weave it into her work, giving her characters aspects of her personality she’s been too afraid to previously explore - digging into the ugly parts and laying them out, dirty laundry and all. And she’s ready to leverage her angry, chaotic, activist upbringing to help rescue others from the same demons that ravaged her childhood by telling stories - her stories.

When a shortage hits LA’s exclusive restaurant, The Club - a high-end dining experience specializing in human meat - it’s up to sociopath Casey to push aside her remaining ethical boundaries and put food on the table - even if it means realizing her sociopathic diagnosis isn’t as accurate as she previously thought…