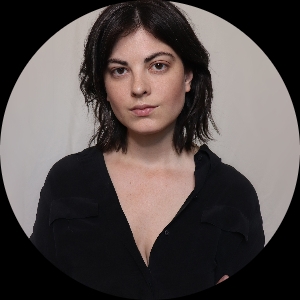 Katy Erin is a writer and actor who has has been honored as “Best of the Year” at the Sci-Fi/Fantasy Screenplay Festival of Toronto, "Best Screenplay" at OtherWorlds Austin, a Launchpad Top 50 Finalist, a WeScreenplay Shorts Winner, a Screencraft Comedy Quarterfinalist, and an Austin Film Festival Second Rounder. As an actor, she has appeared in shows such as SHAMELESS, WISDOM OF THE CROWD, and GAL PALS, the hit LGBTQ+ web series for which she also served as a producer. She also stars in the indie feature MILLENNIUM BUGS, and has written, directed, produced and starred in two short films - OUT OF IT and BOOTSTRAPPED - each of which have screened in some of the most prestigious LGBTQ+ and genre festivals worldwide.