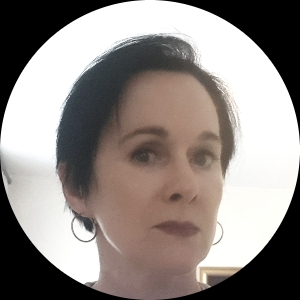 Of my screenplay for psychological thriller, The Conduits, two Black List evaluators had these comments of the first draft:

The characters are well-defined, especially Callan and Damon and the differences in the motivations and inner conflicts of the two are masterfully revealed even as they share a common journey.

Shun’s dark side is creatively revealed in his conversation with Kaylin and Jean. Kyle, Eric, Dale and Adesh bring depth and flavor while Paul, Derek and Jillian add another layer of conflict to the story.

There are several moments of suspense such as when Shun hacks into Jonathan’s HR file, when Callan catches Damon with the blond woman and when the black female is pulled backwards by the white-sleeved arm. Mystery and suspense ebbs and flows throughout until the final conclusion which finishes in an eerily satisfying way.

This script is likely to be attractive to production companies seeking suspenseful drama.

The most intriguing element of the script is its commentary on social media, obsession, and religion. Each of these pieces feels so tied together, especially in the current, fractured cultural world. The complexity in the discussion of what technology and social media has brought from a morality perspective is an interesting one.

The use of Dan to display how the general public has become even more adept at putting pieces together is a realistic one. Similarly, Shun is in the same space on the opposite spectrum of attempting to do good. The amount of work that goes into executing the charade is both amazing and terrifying. Whether it’s the creation of their false father or Boon or the use of the accounts for causing controversy in comments, the displays in the script are well crafted. Also ... the dynamic between Callan, Damon, and Shun leads to some incredibly tense moments.

With a unique concept and some complex character moments, there’s a lot to like in THE CONDUITS that could intrigue some producers or production companies.

After some judicious editing and additions (additing?), The Conduits has won 9 Best Thriller Screenplay, or equivalent, in 2022:

Screenplay for psychological thriller, The Conduits, hosted on The Black List, citations:

Writer, London-born, based in the UK. Written for media -- print, radio and TV -- for 20 years. Actively seeking representation for The Conduits. Details here as well as IMDb Pro and FilmFreeway.

Has the sun set on Sunrise Bay? An I.P.O or an I.P.A for the Rose empire? Why does Moira think the world has gone all withershins? And can David and Patrick's marriage survive in a post-pandemic Schitt's Creek?

Two wildly popular online mediums, both sociopaths, see their well-oiled operation fall apart as small errors, and one fatally big one, lead to where the bodies are buried.