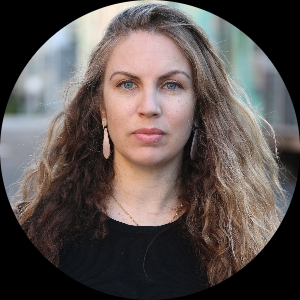 Kate Hackett is an Emmy winning and ACE Eddie Award winning editor, known for her work on the critically acclaimed Netflix documentary series Cheer and Last Chance U.

Her screenplay PURIFY MY HEART was an American Zoetrope Screenplay Contest Finalist, and an Academy Nicholl Fellowship Quarterfinalist.

A jaded female filmmaker documents a small town girl’s rebellion against a Christian abstinence program, but becomes increasingly exploitative of her subject in an effort for the story to go viral.