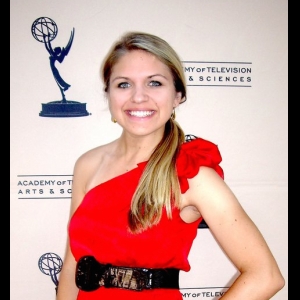 Originally from New Jersey, Karolyn moved to LA with a TV/Film degree from Northwestern University. Her first film "Head Case" won best overall film at Northwestern’s Block Film Festival. After college, she started her career as an assistant to the prolific director, Garry Marshall. Karolyn is a member of Producers Guild of America and has been producing and managing many shoots for influencers at the YouTube Space LA. She has also worked side by side with Director Joe Penna and has supported him on his films that were selected for the Cannes Film Festival and the Tribeca Film Festival.

Her script “A ROYAL COMPANION” was recently named a Top 25 finalist in the Tracking Board Launch Pad Feature Competition, was selected for the Austin Film Festival and advanced in the Sundance Screening Lab. “A Royal Companion" was inspired by the oddest job Karolyn has ever had: being a sober companion to a Saudi billionaire. In the story, she shows a glimpse of the life of a woman who has been struggling financially, comes from a broken family with no traditions. She begins to evolve due to her rare experience with a Saudi Prince who allows her to explore, even just for a brief moment in time, a different way of life. The main reason Karolyn wanted to tell this story is to show that people with different backgrounds can make connections and learn from each other, even when there are those who tell us that we are incompatible.