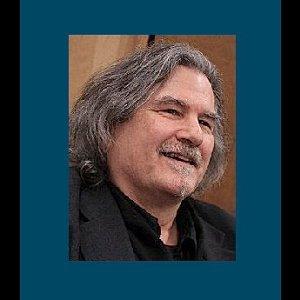 Writer, screenwriter, author, actor & filmmaker ("Gumdrop", a short horror and the multi award winning "Pvt. Ravel's Bolero" anti war filmic poem historical WWI documentary) living in Bremerton, WA with a diverse background that includes being a USAF veteran with a B.A. in Psychology and Phenomenology with a minor in fiction, script & screenwriting from WWU in Bellingham, WA.

Writer of the true crime biopic screenplay, The TEENAGE BODYGUARD, with the aid of producer Robert Mitas. It had previously received very positive coverage and comments. From The Blacklist: "This should be pursued into production." Bluecat Screenplay contest, "Why isn't this on screen already?" Entertainment attorney Michael Donaldson: "What an interesting story. Very well researched. This kind of story is a perennial favorite. it is just the kind of story that is being gobbled up in the market right now. It is a good time for this story." Screenplay consultant, Jen Grisanti: "I really like this story. You are a great writer. His first job as bodyguard is detailed in The TEENAGE BODYGUARD.

Before graduating junior high school his experiences included fighting in international Karate tournaments (beginning in fifth grade); being involved in small aircraft search and rescue, studying flight ground school and landing his first plane in 8th grade. From jr. high on he was on first a private gun team, lettering in sports on his high school rifle team. He was a certified SCUBA diver by 10th grade, and an adept foil fencer that same year under instruction by a Russian swordsman, a street racer, and by high school graduation a skydiver (he bacame a parachute rigger and more in USAF).

In the USAF he was a parachute rigger technicion / survival equipment specialist and other jobs and was accepted into the USAF OSI. He also worked around nuclear weapons and as a rigger supported the PJs, the Air Force's elite pararescue teams.

After the military, he received his university degree in psychology and writing and became a Sr. Tech Writer on top tier PNW IT jobs for such companies as US West Technologies. As a Sr. Programmer Analyst and Systems Administrator, he was involved in disseminating cybersecurity issues internationally as a part of a special group that involved IT security professionals with professionals from the US President's office on down in government to police where he met some well known experts. Many we all now see regularly on TV regarding cybersecurity and cyberwarfare as in, such as Richard Clarke, Michael Hayden, and others.

His first short horror sci-fi story was published in 1990 in a horror quarterly (In Memory, Yet Crystal Clear, now an ebook & audiobook).

His first horror sci fi collection of short stories, ANTHOLOGY OF EVIL was published in 2012 along with his epic horror / SF novel DEATH OF HEAVEN.

He has been studying screenwriting all along the way and worked as an unpaid, remote in-house writer for one production company for over five years.

In 2016 he retired in order to work full time on his writings and indie film productions and has now produced one short film, THE RAPPING (a festival selection at one and winner at another film festival) and is in post-production now with, GUMDROP, A SMALL HORROR based on this 2012 true crime horror short story, GUMDROP CITY about a serial murderer.

He has been in several local indie films and is currently working on his own productions. He executive produced the 1994 documentary, LOST IN SPACE, A DOCUMENTARY, on that TV show's 25th anniversaary through his production company, LgN Productions (Last good Nerve Productions, founded 1993).

He has been a judge in the 1st & 2nd Gorst Underground Film Festivals and is on it's panel for its future events.

JZ Murdock's blog is at - https://murdockinations.com