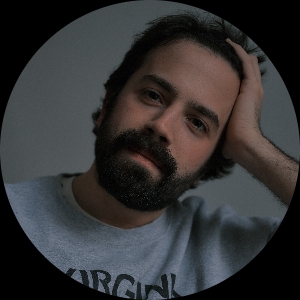 Justin Geldzahler is a writer and filmmaker from Virginia who focuses on genre scripts that double as emotionally grounded dramedies about people struggling to connect. He recently completed his feature debut as a writer/director, the horror-cringe comedy GLUE TRAP, and is currently a consultant on HBOs SUCCESSION. His big sexy western THE QUIET KIND placed on The GLAAD List, which you'd think would qualify for permanent hosting on this website.

In addition to making dozens of short films, he has been fortunate to learn from and work with many talented writers, having researched and contributed to THE PLOT AGAINST AMERICA, FOSSE/VERDON, OUTLANDER, FIDDLER ON THE ROOF, RESPECT and ROYAL PAINS.

(Also, one time he wrote an allegedly mean tweet that Larry King was forced to read on Kimmel.)