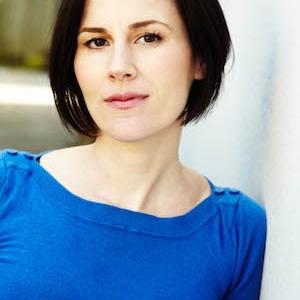 ‘Discovery consists of seeing what everybody has seen and thinking what nobody else has thought’. – Albert Szent-Gyorgyi

Julietta Boscolo tells stories that reveal the original in the overlooked. And inspire audiences to make emotional discoveries about the world and about themselves.

Julietta won the Emerging Filmmaker Award at Melbourne International Film Festival for Let's See How Fast This Baby Will Go (as first heard on This American Life) and was nominated for an Australian Directors Guild Award for the same project. The film was funded by Australia’s premier funding body, Screen Australia’s Hot Shots initiative, and was preselected for Cannes Critics Week as well as the main competition in Cannes.

She has been nominated for three Australian Directors Guild Awards in total and also was one of three filmmakers nominated for an If Award for Rising Talent.

Sam’s Gold was one of a handful of films to screen on ABC’s The Screening Room. According to ABCTV: ‘The Screening Room showcases the best Australian short films from emerging film makers and cutting-edge visionaries’. The film also has international distribution through Shorts International, the world’s leading short film entertainment company.

On the feature front, Julietta was one of nine directors worldwide invited to the Directors Lab at Binger Filmlab in Amsterdam for Catching Sight, supported by Screen Australia’s Talent Escalator funding. Catching Sight was also shortlisted for the Sundance International Screenwriters Lab and placed in the top 15% of the Academy Nicholl’s.

Selected for Screen Australia’s highly competitive Directors Attachment Scheme on Playmaker Media’s primetime drama Love Child, she directed a number of select scenes for the show, including the opening scenes of the two episodes she worked on, starring Logie-award winning Miranda Tapsell and Andy Ryan.

Julietta graduated with a Masters in Directing from the Victorian College of the Arts, Melbourne, Australia. That year, she was one of only 35 filmmakers worldwide to be invited to the inaugural Edinburgh International Film Festival's Talent Lab.

Out of a record-breaking 452 applications, Julietta’s project Tidy Town was one of 45 stories to be funded through Screen Australia’s Gender Matters initiative.

Julietta is represented by Wendy Howell at Creative Rep (https://creativerep.com.au/artists/julietta-boscolo/). She has several longform projects in development and is also a collaborator with unko (https://www.studiounko.com).