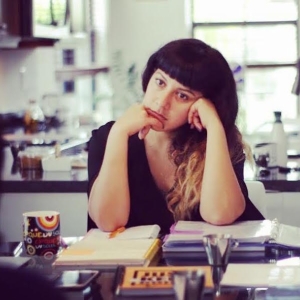 Became an Immigrant when I was 2 years old. I have lived in 37 different houses and went to 15 different schools so being the new kid on the block is my comfort zone and making people laugh is my most valuable survival asset. This lifestyle could explain my interest in the tension between social structures and individual identities. My first script was a comedy about the influence of Hugo Chavez political agenda in Venezuelan family dynamics. I wrote it as a college assignment and it was sold to a production company that hired me to be on set as a costume designer and then as a branding consultant when the movie launched. The film premiered nationwide, it was in theaters for 9 weeks, grossed almost $1MM and became the first venezuelan female-driven comedy for a millennial audience. I moved to the US with my girlfriend 2 years ago and ever since we have been living the *cries in spanish* version of the American Dream while we work as a creative team for branded content and developing our own narrative projects.