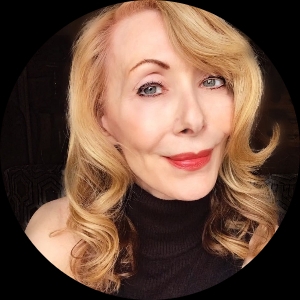 “THE PAISLEY WITCH TRIAL explores the legacy of witch trials and slavery. Due to the depth of the female characters and the period setting, it is easy to see this as a prestige film. Comparable films (The Witch, The Exorcist, 12 Years a Slave) also R-rated, signal that this will not be a barrier to reaching the target audience. R-rated prestige horror films have been among the most profitable films in recent years and it is easy to see THE PAISLEY WITCH TRIAL receiving similar reception in theaters and possibly being distributed by a major studio like Warner Brothers or Sony”. - Bondit Media

Julia is founder of Shelter Film, dedicated to changing the narrative in front of and behind the camera with stories by and about women. Her film ‘116’, a Shelter Film production, has screened in over 50 festivals, won 26 awards, and releases 2022.

An award-winning actress, Julia is known for NBCUniversal’s Dementia 13, 116, Kill the Monsters, One Life To Live, and as Hecate in the OBIE and Drama Desk Award winner Sleep No More NY.