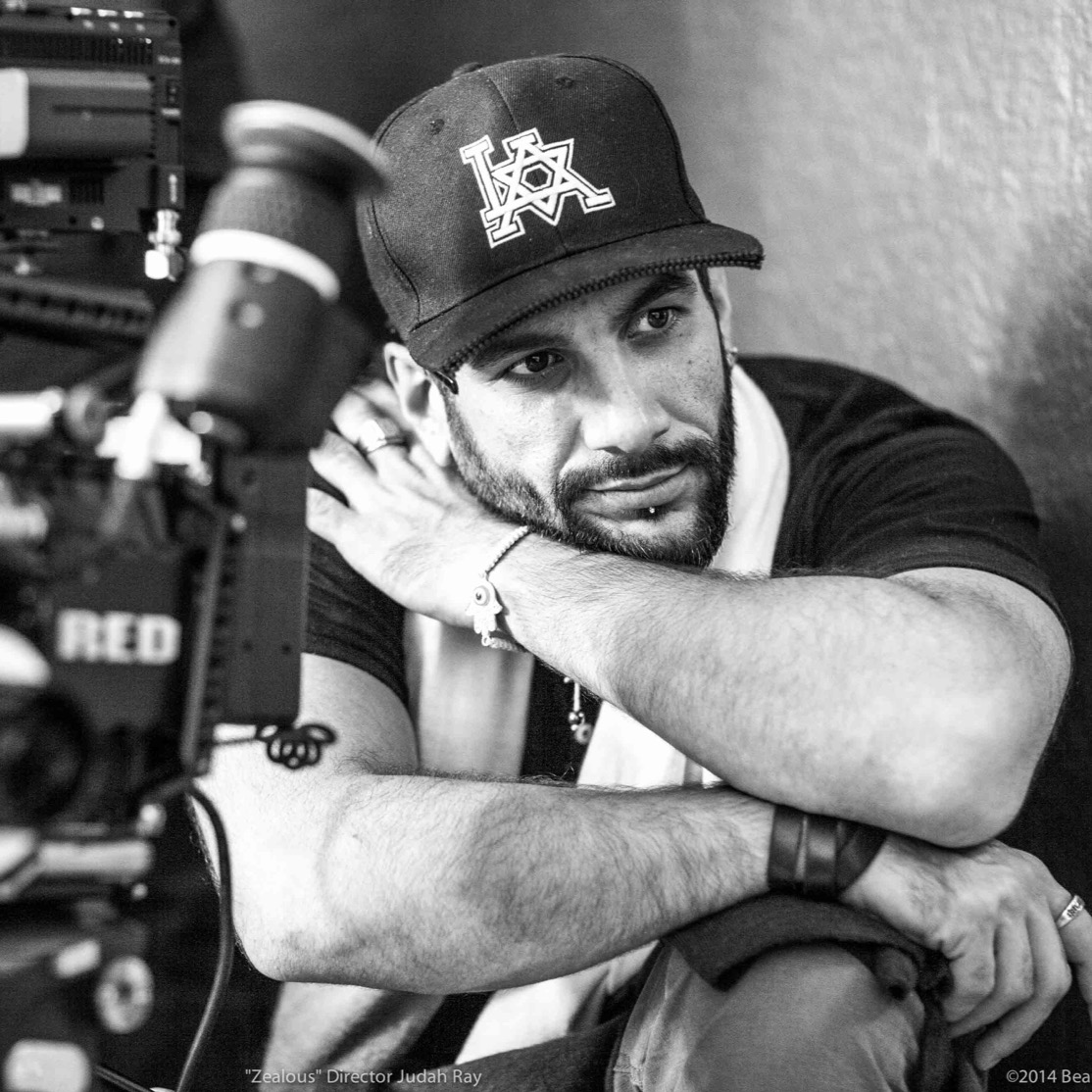 At just sixteen years old, Judah Ray introduced himself to the entertainment world as a true visionary, by producing his first concert event that drew thousands of fans. As one of the originators of the Southern California EDM scene, he quickly made a name for himself by working alongside legends such as Pasquale Rotella, Disco Donnie, and Jeff Ryan, serving as a CEO, producer, promoter, DJ, agent, and financier. His productions regularly drew crowds of over ten thousand people, making him a pioneer in what would become a multi-million-dollar industry.

But Judah's talents didn't stop there. His passion for art also led him to explore graphic design during the early days of Adobe, quickly establishing himself as one of LA's most sought-after artists. He then shifted his focus to professional photography, where his talent landed him jobs with industry giants such as Nokia and OneModelPlace.com.

Finally, Judah set his sights on the film and television industry, starting as a PA and working his way into the art department. In 2005, he produced his first feature film, One Among Us, starring James Russo, and working alongside industry veterans such as Carlos Arguello, Gavin Alcott, and many others. The film was distributed through Netflix and has since become a cult classic among horror fans worldwide. He then went on to work under Eli Samaha at MGM Entertainment, where he developed ideas for remakes of many classic films in their library. He also worked at MTV and as an Art Director for music videos of superstars such as Brandy, Fabulous, and Pharrell Williams.

Judah's true calling was to be a part of the creative process that brings art to life on screen. He enrolled at the Los Angeles Film School, where he learned the fundamentals of filmmaking and graduated Summa Cum Laude with a 4.0 GPA. He was the first Valedictorian the school has ever named and his thesis film toured festivals and was awarded. He is now developing his own scripts into feature films and television shows under the banner of his own production company, A-Level Pictures. He has ghost-written for many A-list screenwriters and major studios, culminating in the opportunity to work with Darren Lynn Bosman for Radical Pictures. His feature film, If She Screams, was sold by Glasshouse Distribution and his directorial debut, Making Peace, has been awarded over one-hundred honors, including Best Short, Best Drama, Best Screenplay, Best Concept, and Best Cinematography. With his undeniable talent and relentless drive, Judah Ray continues to push the boundaries of the entertainment industry and leave his mark on the world through his art.

If She Screams, Making Peace, One Among Us
Producer
Film and Photography
« »

Extradimensional beings have crossed into our world, and united with the elite, to form the New World Order, but after discovering her true nature, Christina will decide between world domination, and saving the human race.

Jux is the deadliest killer the CIA ever created, now they’ve kidnapped her daughter, and by embracing her dissociative identity disorder, she stops at nothing to get her child back.

Framed for banishing the Antichrist back to hell, a gang of demons must make their way across the city, as they fight through each territory and the monsters that hold them back from reaching their home turf.

BASED ON ACTUAL EVENTS. After the Philippine President grants his citizens the ability to take the law into their own hands, a young mother’s life descends into chaos, when her husband talks her into assassinating drug dealers.