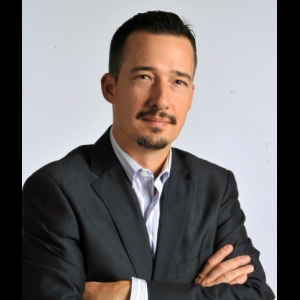 The winner of numerous awards for writing and filmmaking, Josh Alan Bradley is a screenwriter, fiction writer, copywriter, and journalist. Attending the University of Texas at Austin’s school of Radio/Television/Film (RTF), Josh focused on screenwriting and filmmaking. He was admitted into the Intensive Production Sequence (IPS) and wrote and produced many short films, including the award-winning “Section 8.” He also completed his first feature screenplay under the mentorship of the department’s head screenwriting professor. Since college, Josh has become a professional writer – and even has a portfolio to prove it: www.joshbradley.com. He writes for media companies, advertising agencies, PR and marketing firms, newspapers, magazines, websites, and numerous Fortune 500 companies. Clients include Mercedes-Benz, Harley-Davidson, Shop-Vac, and many more. Josh’s available screenplays include the family action comedy TAKE YOUR KIDS TO WORK DAY, the family adventure THE UNADOPTABLES, and more. He has numerous projects in various stages of development. Josh is represented by Amy Wagner at A3 Artists Agency.