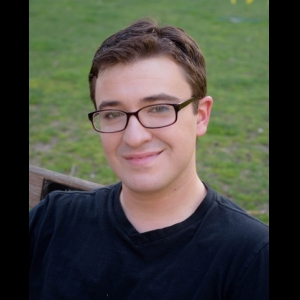 Joe Adams is a Philadelphia-based comedy writer, actor, stand-up, director, and musician. His original pilot 'Drowning' was a semi-finalist in the Fall 2019 Sundance Episodic Film Makers Lab. He is currently a company member with the Philly Improv Theater where he writes for house team Baby Science. He has written and performed for several other recurring sketch comedy shows of theirs, including Sansom Street Hell House Halloween Show, Cold As Hell Holiday Show, and their late-night scripted talk show, Gimmick Show. He is the head writer and performs with his indie sketch team, Idaho Wham! who in 2019 was featured in the New York Sketchfest at The PIT and Philly Sketchfest. In 2018, he wrote, starred, produced, and directed his own hour-long variety show, Spoiler Alert! a chaotic talk-show about movies and pop culture. Joey also has experience in musical theater playing Billy Nolan, a leading role in Burlington Footlighters’ production of Carrie: The Musical, and was featured in The Grande Theater’s production of Billy Elliot: The Musical. Over the years he has also performed with several improv teams and performs stand-up comedy. He is an avid musician who writes and performs original comedic songs. He is currently working on a full-length musical comedy based around a rehashed 90’s daytime children’s television production.