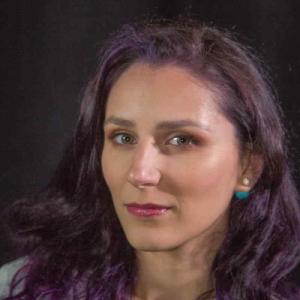 Josefina is a screenwriter and content creator from Chile. She has an MFA in Writing for Screen and Stage from Northwestern University, and graduated 2nd in her class with a Bachelor's degree in Audiovisual Directing from Pontificia Universidad Catolica de Chile and University of California Santa Barbara. She has worked as an Assistant Director for advertising and as a writer for a wide range of formats such as TV series, telenovelas, web-series, branded content, docu-realities and video games. She was head writer on the adaptation of the ABC show What Would You Do? for the Chilean National Television Network (TVN). A branded content docu-reality she worked on was nominated for the Effie Awards 2015. “Steam View”, her student short film documentary, was Official Selection at the Memphis, Sanfic and Valdivia International Film Festivals in 2008. Her full-length play "Witch Trials" was selected for the Idle Muse Theatre Company’s Athena Festival 2017; her play “Beneath the Andes” was selected for Chicago Dramatist 2018; and her thesis TV pilot “Terra Incognita” won the Kevroy Screenwriting Prize 2018. She is currently writing and producing a multiple-narrative short film for Virtual Reality.

I am Latina, an immigrant and a traveler of worlds. In my writing, I create realms of fantasy, science fiction, the supernatural and the historical to explore our own humanity. I am obsessed with telling the story of the anti-heroines who have been lost in the margins. I write dramas and dramedies about the unique, the obscure, the cynical, the villains and the secrets, but am always thinking about how I can bring the light into the darkness. I believe that stories can show us the transcendence of love and the consequences of hate and move people to change. I want to innovate, enchant and reach out to the corners of the world with collaborative creations for film, TV and theatre. In addition, I have plunged myself into understanding and creating content for new and interactive media, to figure out how I can tell stories to the future audience.

1850. In the untamed forests of South America, two very different women, a Native Chilean and a German, collide when their supernatural powers begin to manifest, only to realize that they need each other to survive the forces that threaten to destroy their worlds.