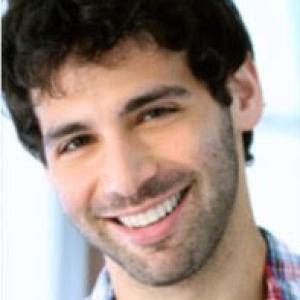 Jonathan Todd Ross is an NYC-based ex-actor turned filmmaker. Most recently, his screenplay "Dawn at the End of the World" was accepted into Imagine Entertainment's Impact 2 Accelerator, where he developed the screenplay under the mentorship of Seth Grahame-Smith.

Following an acting career that peaked with portraying “The Fonz” in a few Burbank-based workshops of Happy Days:The Musical written/directed by Garry Marshall, hit a comfortable middle with a bunch of roles voicing Saturday morning cartoons like Yugioh, and bottomed out with an avant-garde off-off-Broadway show in which he played a howling cyber-wolf in a cut-off shirt preying on a virtual Little Red Riding Hood, Jonathan switched his focus to writing and directing. His screenplay Otherwise Engaged, co-written with playwright Jeff Tabnick, won a Honolulu Film Festival Award, an LA Screenplay Award, and was a Top 25 finisher in the Slamdance Screenplay Competition. His screenplay Some was a Quarterfinalist for the 2017 Big Break Contest. His first short, “The Universe of Scotch and Haagen-Dazs,” screened in numerous festivals in 2016, including the Austin Film Festival, the NYC Independent Film Fest, the Toronto Indie Film Fest, the Boardwalk Film Festival (Audience Award Runner-Up), and London’s Discover Film Fest (winner, Best Sci-Fi Short). "Scotch and Haagen-Dazs" is now available on the Gunpowder and Sky's Dust channel.

When he is not working on post-production for a follow-up short titled “Kate and Martin Take a Vow,” he is trying to explain to a five year old that Violet Beuregarde and Veruca Salt are not the aspirational figures she seems to think they are and to a 10-month old not to touch outlets.

On the eve of their respective 30th and 40th birthdays, married couple Emma and Doug have a romantic encounter with a young woman Alyson which sends their relationship into new directions.

Married couple Sam, a sports agent on the eve of a promotion, and Tracy, a mother just returning to work at a women’s advocacy charity following maternity leave, try to navigate the emotional intricacies of marriage, three kids, in-laws, and an irreversible body switch.