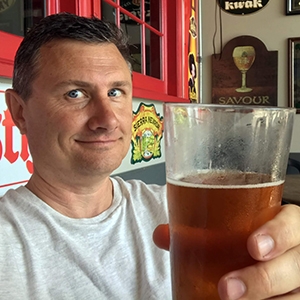 The first script I wrote, a comedy called "No Such Luck," landed me an agent—who later went to jail for embezzling from her clients. On the upside, she got me meetings at Sony and Paramount, and she never took a dime from me. Or is that the downside, because the script didn't sell and there was no cash to take? Crap. Anyway, that's my experience with Hollywood so far. So I'm cautiously optimistic. Other stuff: Did five years as journalist for the Los Angeles Times, and another five years as a standup comedian. Trained in screenwriting at USC’s School of Cinema-Television. Got a degree in psychology and I play well with others.