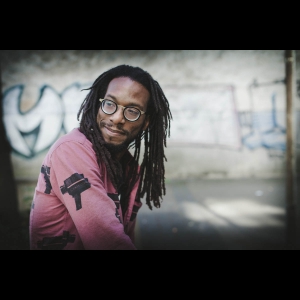 Jon-Carlos Evans is a Berlin based filmmaker, audiovisual artist and writer. A native of St. Louis, MO, he holds a B.A. in Film Production from Webster University-St.Louis and a MFA in Media Arts Production from the City College of New York. His previous works include the short films "Antithesis," "Goodbye Brooklyn," "Julya," and "Salvation (Without You”).” He is a recipient of the Eastman Kodak Student Grant (2006), the Aloha Accolade Award (2010, Honolulu International Festival), and the Silver Palm Award (2010, Mexico International Film Festival). His 2017 mid-length feature film, "All Tomorrow's Children" was awarded the Bronze Remi Award at Worldfest Houston and Best Narrative Film at the 2017 CUNY Film Festival, amongst its festival selections. Currently, he serves as a Staff Writer for media website Black Nerd Problems and teaches film production courses at dBs Berlin.

Decades after a pandemic creates a new predatory, ruling class of vampire, select individuals around the world suddenly emerge with innate, supernatural abilities capable of giving humanity another chance to survive. Traitors and greed on both sides, however, may bring them all to ruin.

THE LOST GODS OF MEMPHIS

"The Lost Gods of Memphis" is a free jazz-noir fairytale about a hidden society of Egyptian gods and goddesses based along the Mississippi River in the 21st century. When one of their own disappears, a group of four elderly, eccentric gods turned jazz musicians are enlisted to restore order.

A retired influencer must reconcile broken memories of two possible pasts and an unforgivable crime before the world's most powerful biological weapons producer claims her first.