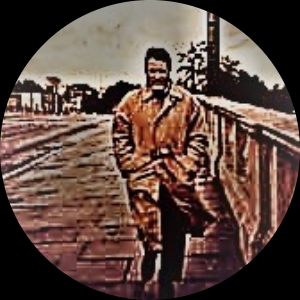 Suspense novelist and singer-songwriter under the pseudonym Noah Bond (7 novels published to date; 25 songs released to date), Jon has a knack for making fiction believable, yet surprising. His stories feature strong female characters in dangerous situations. Despite industry lip service to strong female leads, actresses continue to be cast as victims or adjuncts to the male leads. And kick-ass ladies in skimpy outfits fighting zombies and mutants aren't strong women; they're action figures. Jon is a member of the American Society of Composers, Authors and Publishers (ASCAP) and the Entertainment, Arts & Sports Law Section of The Florida Bar. He was Senior Editor of The University of Florida Law Review. His novels and screenplays are each unique. The plots are fresh, unlike any previous motion pictures. He does not write legal dramas --- but when his characters encounter the law, he gets it right. Contact info: [email protected]

Lawyers, heirs, greed, deceit, lust & death. Lady attorney's new client, a female student bacteriologist, is a psychopath who unleashes a new plague on her enemies. Then the unthinkable happens.

Something not human has come to the Moon, where it interacts with stranded Astronauts. They return to Earth changed in disturbing ways. Is it an alien species --- or something far worse?

THE LOST TESTIMONY OF BONES LEBEAU

Cajun girl works for Carlos Marcello in New Orleans, meets Lansky, Ruby, Ferrie, Oswald & more. They complain about an official. She suggests they get him fired---not knowing he's Robert F. Kennedy. They all laugh, except Meyer Lansky. Fleeing Sam Giancana, she finds refuge at Jack Ruby's Carousel in Dallas --- where the plot she unwittingly began unfolds around her. The testimony she gave to the FBI in 1964 is rediscovered shortly before Robert F. Kennedy wins the California Democratic primary election, all but assuring that he will become the next President.