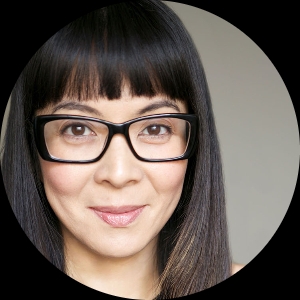 Jolene Kim is an Asian American multi-hyphenate from Hawai’i of Japanese, Korean, Filipino and Chinese descent. She represents Asian Americans, Pacific Islanders, females and petite people! She is the daughter of a minister, a teacher and the oldest of two siblings. Holding a Bachelor’s degree in Communications and a Master’s degree in Educational Technology, Jolene transitioned from teacher to award-winning actress/writer/filmmaker with a mission to tell stories that incite healing.

Currently in development for two pilots, Jolene has also received financing for a feature set to shoot in 2022. She acted, produced, wrote and directed several short films. Her latest short Together Alone can be viewed on Shorts TV.

Growing up in Hawai’i, Jolene experienced what it is like to be the majority, but when she moved to Los Angeles she also experienced the struggles of being a minority. Her mission of telling stories is to create a platform for the Asian American voice that is long overdue, to change the course of the stigmatizing narrative, to bring more visibility and create more opportunities for Asian Americans to claim ownership in their birthplace called America.